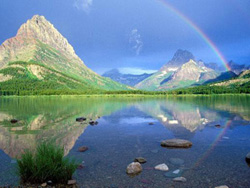 Inspirational Songs about Work and Life

Two songs about living a meaningful, independent life. Please send me a note if you can think of others.

Paul Anka wrote "My Way" as a retirement song for Frank Sinatra in 1968. It was such a phenomenal hit, however, that Sinatra decided not retire and "My Way" became his signature song. Although iconically American, it has been recorded across the globe and is especially popular at retirement and achievement award functions. The Guardian also found it the song most frequently played at British funerals.